On June 24th, 2021, Microsoft announced the release of the latest version of their operating system: Windows 11.

The first version of this OS came out in 1985. From its birth at the hands of Bill Gates, to its newest edition under the actual Executive Director Satya Nadella.

Many versions of Windows have existed since its first release. Although there are some elements that have survived over the course of the years, there’s always room for growth. 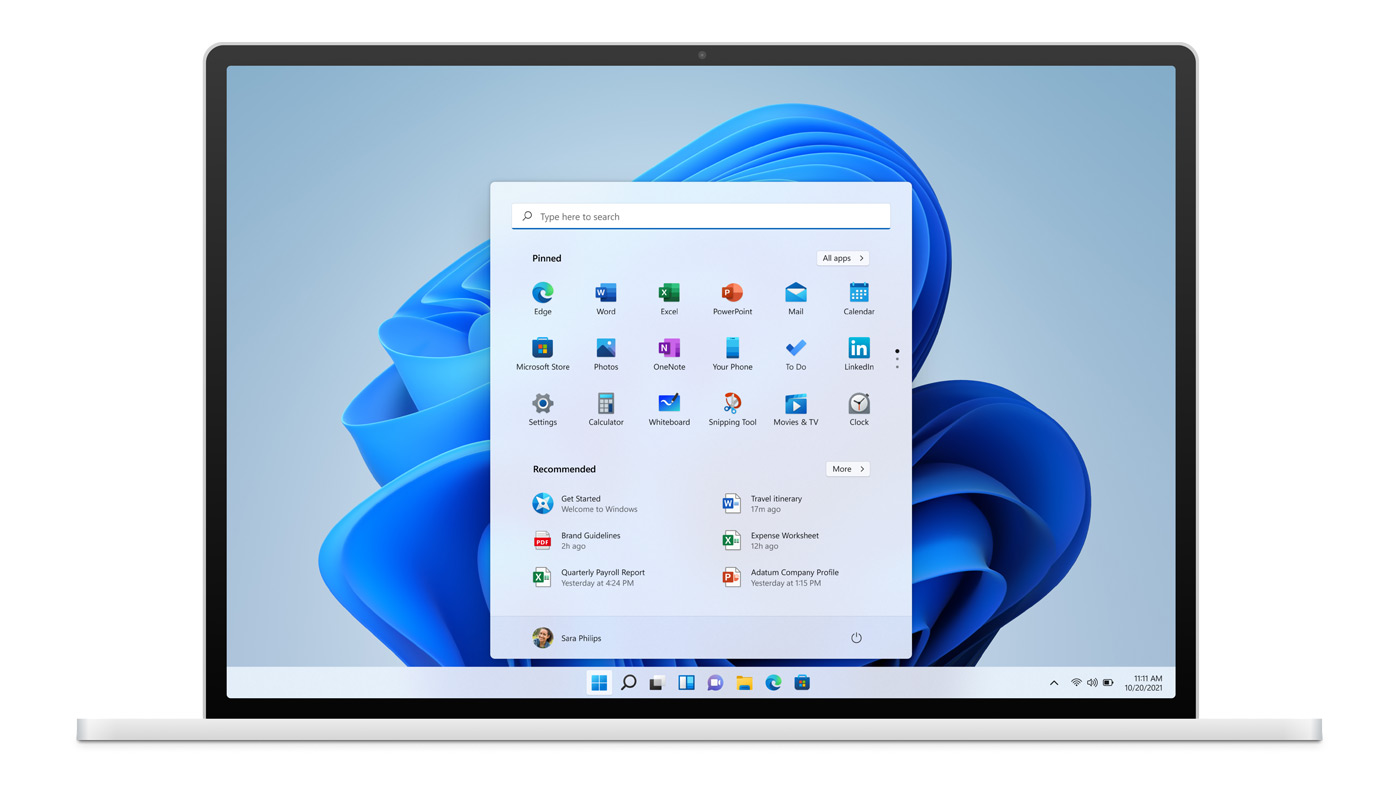 Considering the announcement Microsoft made, the most noticeable changes are in the design. These were thought out to bring a modern touch to the use of a PC, however, changes go beyond the superficial.

New design changes in areas like the start button and menu, the keyboard, and an option to curate your content, are thought to enhance productivity, creativity, and calmness.

Outside design and layout changes, the Settings app will have new widgets to show paired devices, a link to rename your PC, and an option to see which subfolder you’re looking in.

Another option will allow your system to remember where it was left on when you reconnect to an external monitor.

If you’re using a laptop, this new feature in Windows 11 can help lengthen its battery life. The average refresh rate of a laptop is 60 Hz. But Microsoft partners like Dell, are releasing laptops with 120 Hz.

If you have a device that supports this rate, you can turn on the new dynamic refresh rate with Windows 11.

This improvement will upgrade the use of a touchscreen PC, comparing it to be the same experience as using a tablet.

Less than a week after the reveal of this new OS, Microsoft released the first preview build, for those who can’t wait to use Windows 11. From the Settings app in Windows 10, under the Windows Insider Program section, you can start testing it yourself.

However, keep in mind that this isn’t the most optimized version. Plans to start the rolling out the upgrade more widely are by the end of 2021.

Please read this article to know more details about the release of Windows 11.

Let us help you
take your business
to the next level